The following are videos replays on how to effectively advertise with YouTube. Enjoy!


Why Steve Jobs Would Have Loved Ryan Levesque’s Ask Method

Today, I want to break down what’s called the “Ask Method”.

It’s about a technique so powerful, it catapulted a friend I know from making $0 to $25,000 a month in 18 months of his very first business. And that’s why I want to tell you about this.

His name is, Ryan Levesque, and he is someone you’ll want to remember as you grow your business. 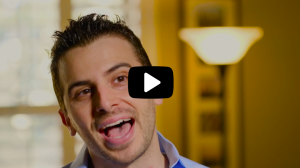 When I heard what Ryan was doing, I stopped what I was doing to hear more about it. And that’s exactly what I hope you’ll do right now too.

Because he’s developed something so different and intuitive, you won’t believe how he’s getting unbelievable numbers of new customers coming into his business, day in and day out.

And, if that sounds interesting to you like it does to me, then stay with me here as I share what I consider something that can not only enrich your business many fold, but even turn it around.

To put it lightly, this method Ryan is known for is revolutionizing the way entrepreneurs and companies everywhere are launching and growing their businesses online. To give you a little background on what got Ryan thinking in this direction is he was moved by the mindsets of great marketing men before his time. These great marketing minds gave us insightful clues on why this works.

In fact, the secret of succeeding in business today is the same as it was a hundred years ago.

And that simply is, find out what people want, and give it to them.

Now here’s the thing if that sounds like an oversimplification. The real challenge is you can’t find out what people want because the truth is, people don’t know what they want.
Let me explain that because we’ve always heard it put that way, however, there’s more to it you probably haven’t heard.

Just listen to what, Henry Ford, had to say about this and it will clarify exactly what I mean.

“If I asked people what they wanted, they would have told me faster horses”. – Henry Ford.

Ok, so you can clearly see the insight in that statement on asking what people want. Had Mr. Ford based his ideas on it, you can only imagine how it would have affected the history of the automobile.

Here’s another one more recently. Steve Jobs said: “People don’t know what they want until you show it to them”. – Steve jobs.

So, the big take away here in what our giants of marketing already knew and by realizing it they approached their businesses in the following way.

You may want to reread that previous line again to let it sink in. Because that’s just how powerful this is and there’s a lot more to know about the “Ask Phenomenon” if you want to catapult your online business to a much higher level.

Now here’s the big question that should be circulating in your mind and that is: How Do You Do This?

i.e. Ask people what they want, so you can figure out what they’ll buy before they buy it.

That’s some deep insight any business would die to have and I’m sure you would agree.

Well this is exactly what the “Ask Phenomenon” is all about.

The problem is people don’t really know what they want as, Henry Ford and Steve jobs, pointed out so well. But here’s the good news. My friend, Ryan, has developed a modern way to decipher it.

Yet, it’s a method that’s so powerful and universal it goes right in and touches your prospects in a way that brings out everything you need to know to give people exactly what they want. And you’ll know it even before they know it.

What this will do for you is change the way you do business and even create new businesses by enabling you to develop intuitive products and services that people want.

As impressed as I am with Ryan’s “Ask Phenomenon” method, I would go as far to say even Henry and Steve would appreciate what this can do for business insight, the kind that made Ryan’s first business go from, $0 to $25,000 in a single month. So just imagine what it could do for your business.

Now if you like what I just shared with you, this is just scratching the surface.

There’s a video I think you’ll also want to watch to get the full gist of Ryan’s “Ask Phenomenon” and I highly suggest you watch it.


How To Improve Your Email Deliverability

Last week I sent out two emails to my main list (if you haven’t subscribed, use the box on the right to join) on how to get better email deliverability. I thought I would post those same tips here on my blog for the benefit of people who might have missed it.

Email service providers are getting more rigid with rules and getting into the inbox of your prospects and customers is getting more difficult each day.

Here is a short list of tips that will help with getting better deliverability.

1. If your email messages are going to the spam folder, encourage your readers to click the “Not Spam” button to get back into the inbox (in fact, if you are seeing this very email in your spam folder, please click “not spam”).

2. Ask your readers to mark your messages as important for better deliverability.

3. Remove subscribers who are not opening your messages after a long period of time (i.e. one year).

4. Ask readers to reply to your initial emails so that email providers see a “conversation” occurring (conversations don’t look like spam)… heck even reply to this email to help me out. 😉

5. Add an SPF (Sender Policy Framework) to your domain records for better deliverability.

9. Reach prospects using other communication channels. When your readers are seeing you via multiple channels, they are more likely to open your emails. So go ahead and join me on Facebook 😛 http://facebook.com/gauherchaudhry

10. Use an email service provider that has excellent deliverability rates. If you’re using a cheapo service, or worse, your own IP, you’ll have deliverability issues.

11. Make sure your domain is not on any blacklists. This can hurt your deliverability if you have links in your emails using a blacklisted domain.

12. Avoid using generic style email address such as admin@ or support@ addresses in your from field.

13. Don’t over do it using images in your emails. Too many images can trigger spam filters on all the major email providers.

14. Ask readers to “turn on” images if you’re sending images in your email messages. It might not help deliverability, but it will give you and your email provider more accurate open rates. 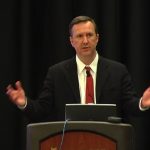 I had the pleasure of being interviewed by legendary Internet marketer Ken McCarthy on the topic of marketing in the trenches. We talked about the state of Internet marketing and the upcoming Digital Sumo 2016 Live Event.

Feel free to leave your comments below.


How To Effectively Track Your Optin Marketing Funnel

The number one rule of marketing online is to make sure you’re measuring your numbers. You simply can’t manage what you’re not measuring. Please watch the video below to see how we track almost every single one of our email marketing funnels. Make the video full screen for the full effect.